This edition of News & Tips to Combat Workplace Violence – the Blog highlights Dawn Marie Westmoreland as the Guest Blogger discussing the “WHY”, “WHAT” and “HOW” of workplace violence and workplace violence prevention with Felix P. Nater, CSC, Nater Associates, Ltd.  Dawn celebrates her one-year anniversary of her syndicated radio show, “The Empowered Whistleblower”.  Dawn has featured yours truly on the “The Empowered Whistleblower” Show.

The interview focused on tragic workplace homicides specifically the April 15, 2021, shooting incident at the FedEx plant, Indianapolis, Indiana. This senseless incident resulted in the deaths of 8 coworkers and 5 injured totaling 13 victims who were innocently doing their respective jobs. Though this shooting incident was reported by the media and local police as an active shooter, this shooting was actually classified as a mass shooting.

What’s sad is that by April 2021, April was a deadly month of workplace homicides.  There were about 26 victims of workplace shootings. Unfortunately, that’s not all.  As of July 31, 411 mass shootings fitting the Mass Shooting Tracker project criterion, leaving 437 people dead and 1,688 injured, for a total of 2,125 total victims, some including the shooter(s). Though not all workplace related asking the question, why the penchant for violence?

WHY? Most businesses do not report workplace violence that does not result in deaths or serious injuries. That’s due to lack of communication, fear of taking action, and of course, lack of awareness. But the numbers are hard to ignore regardless.

Dawn thought the message was appropriate and applicable today in reminding our audience that as employees we all deserve to work in safe and respectful work environments and that proactive measures can be taken to reduce the threat and minimize the risks.

Dawn Marie Westmoreland, who has 30 years’ experience working in HR, is not new to workplace conflict and personnel security threats. So, this edition is ripe in presenting an important opportunity to bring up that while it was Fedex then, it could be any workplace or educational institution that could be victimized in similar fashion tomorrow.

No workplace or educational institution is immune from the threat of workplace violence. How prepared are you really? Is the workplace active shooter an organizational prevention response or an unfortunate reaction to an unforeseen event?

Dawn’s objective during the radio show, which was also videotaped, was to bring out the value of workplace violence prevention in taking proactive measures that help an organization understand prevention as a philosophy, forging a mindset that understand the approach to take to resolve issues, reduce conflict, deescalate incidents, minimize risk and roll out hasty intervention measures.

We can reduce active shooting incidents and mass shooting fatalities and keep employees safe by taking workplace violence head on. HOW?

By assessing their worksites, employers can identify methods for reducing the likelihood of incidents occurring. OSHA believes that a well-written and implemented workplace violence prevention program, combined with engineering controls, administrative controls, and training can reduce the incidence of workplace violence in both the private sector and federal workplaces. 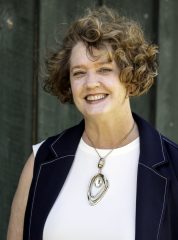 Dawn is an author, syndicated radio talk host, and well-known expert who speaks out on bullying and discrimination in the workplace. She is best recognized for being a successful government whistleblower who refused to sign a non-disclosure agreement to stay silent, so she could help others experiencing the same issues. Dawn has been featured in the media as an expert on workplace toxicity strategies on Access 21/Charlotte and NC TV, has written three books and contributed to or co-authored two additional books on workplace bullying and discrimination. Her website: www.WorkplaceBullyingSupport.com

What are your thoughts?