In this Blog, Ruth and Phil MacNeill of PRMAC Consulting and Research share their perspective on corroborating workplace bullying complaints through documentation.  While the MacNeill’s focus is on the employee rather than the employer, and workplace bullying rather than violence, we share the common goals of promoting safer, healthier and more productive work environments. Reporting and documentation are inseparable partners.

“If you have an important point to make, don’t try to be subtle or clever. Use a pile driver. Hit the point once. Then come back and hit it again. Then hit it a third time – a tremendous whack.” – Winston Churchill

Workplace bullying can have serious negative impacts on individuals and on companies, and is all too common. The Workplace Bullying Institute estimates that up to one-third of workers may be victims of workplace bullying, with about 20 of incidents crossing the line into harassment. If left unchecked, reduced productivity, chronic absenteeism and the possibility of expensive litigation are just a few of the costs of bullying. Therefore, rationale self-interest is a valid prompt for supporting a respectful work environment, whether your role is employer, supervisor, or employee.

But stopping workplace bullying is easier said than done as the devil is in the details. Only by  meticulously documenting bullying incidents as they occur, can there be any reasonable expectation that an ensuing investigation will lead to a successful resolution.

Consider the task of an investigator who has to establish facts in order to fairly assess the alleged bullying situation. It’s safe to assume they know nothing of your character or background, but even if they do, any fair determination must be based on an impartial rendering of facts. The same applies to a review by a judge and a court of law, should a complaint escalate to litigation. So, what do either need to establish what the facts are in order to perform their analysis?

Written and/or verbal accounts of the event(s} are an essential part of an investigation because they provide perspective and leads. However, multiple perspectives on the same incident can be contradictory and ambiguous because of personal bias and even fabrications by those involved. So, without tangible proof, a complaint often remains an “alleged incident” due to insufficient evidence.

Evidence that can stand up under scrutiny must be accurately detailed and presented in a way that supports an investigator or a judge and a court of law reaching a thorough and accurate understanding.

Documentation is composed of material that provides official information or evidence, and serves as a legal record. Ideally, every incident needs to be documented with other supporting documents, if these are available. Documentation establishes facts and may also reveal a pattern of bullying behavior. It may be noticed as you document that each incident alone may not add up to the the “bomb” but bullies are often a stone in your shoe and the documenting of many incidents will uncover their intent.

Therefore it is in your best interest to keep an organized record.

When you are designing your documentation matrix, it should contain this detailed information:

Make two copies of all documentation and store them in secure and separate places. Don’t keep the evidence at work or you may find it missing. Similarly, if you are fired, you may not otherwise have access to it. If you keep at least one electronic copy of the documentation, this will electronically date the document(s).

While the above doesn’t guarantee an investigation will necessarily swing a decision in your favour, the stronger your evidence base, the closer you will come to aligning with Winston Churchill’s prescription for making your important point. 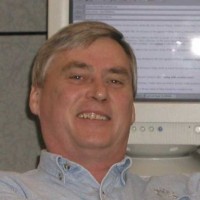 Ruth and Phil MacNeill have combined professional experience of over 50 years, which includes legislative compliance and the development of policy and procedures. Ruth's education and training includes Socio-cultural Anthropology, Public Policy and Organizational Management. Phil focused on Political Science, Public Policy, and Marketing. They recently started up PRMAC Consulting and Research in Victoria, British Columbia, to provide public, private and non-profit organizations with among other services, policy and issue research and analysis. Having both experienced workplace bullying, Ruth and Phil have made a study of the subject through academic research, observations, and the sharing of others' personal accounts. Recognizing a need for "in the moment" advice for those who have been targeted for workplace bullying, they are completing work on a plain speaking guide to be published in the near ~erm. You are invited to visit and follow Ruth and Phil at their anti-bullying Twitter account, @HarassNoMore.

What are your thoughts?